Behind the scenes at the "Generation T: Beyond Fashion" photo shoot

This is the behind the scenes video of the photo shoot I did in mid November.
It was 4 days of fun in DUMBO, Bklyn, Melody Lanes Bowling Alley, and Chinatown in Manhattan, as well as in the studio. There are many location shots that I did with the models, and I'll be able to post those in February 2009
Posted by fuchsworld at 8:01 AM No comments: 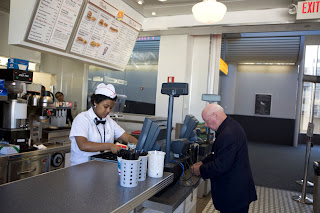 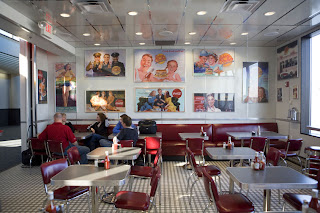 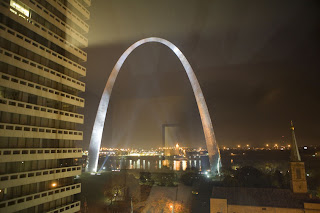 Still on my Mid-West photo trip.
Staying overnight in St. Louis, Missouri, enchanted by the view of the Gateway Arch...just a block away...celebrating the amazing night of history change with many other millions.
Here are just 3 images out of so many from my current trip.
Heading a bit more West tomorrow, to Kansas City.
Posted by fuchsworld at 8:22 PM No comments:

Last week I spotted a bunch of dancing acts around the city, and I wanted to share with you 3 of them:
One was a pole dance act on a small stage rigged to bicycle, and it happened on the corner of Bleecker and Lafayette. I was told that it has something to do with an upcoming TV show titled "Last Night" (?)
The other act that occurred at Deitch Projects on Grand St. was of of cheerleaders who were helping promoting the book of Danielle Levitt titled " We Are Experienced",
And the third one was an anti Sarah Palin dance performed in the Union Square Subway stop.
All very inspiring !

Posted by fuchsworld at 8:39 PM No comments: