Beyond My Remote Control_photo sessions 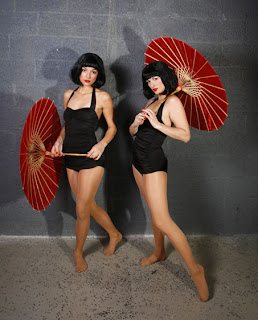 I finished today a second photo session with the actors of the amazing play "This Is Beyond My Remote Control", written by Megan Bienstock.
In some images I embraced the light of the production, and in some I used my own strobes that I brought with me (as in the image here).
Posted by fuchsworld at 10:01 PM No comments:

Last night was a big photo night.
Here is a short video of three of the highlights:
Amy Elkins at her opening titled "Wallflower" at the project gallery at Yancey Richardson in Chelsea, The shuttle bus that was arranged by Monte Isom to take guests to his party, and the PDN self-promo awards party, where I was delighted to see my poster "fuchs" displayed.
Posted by fuchsworld at 1:14 PM No comments: 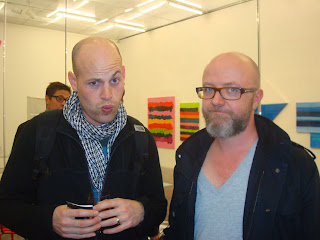 I don't know how Andrew Hetherington is doing it !
It take me hours to do what, seemingly, taking him a few minutes ...(I'm talking about blogging here, not the other stuff.... please.)
He knows about everything that is going on in the photo universe.
On top of being an active photographer, he keeps such a fu@&*ng (Did I spell it right?)current and cool blog www.whatsthejackanory.com
He is a true inspirator (it's a word he's using a lot)
He told me about the party I attended today for blurb.com which is a great place to self publish a book !!!
I am going to publish a few books there!
This is Andrew(on the right, with the beard), with Benjamin Lowy , who just sent NY magazine (the fashion issue) over 800 images he took (for the magazine) of behind the scenes at the fashion shows. 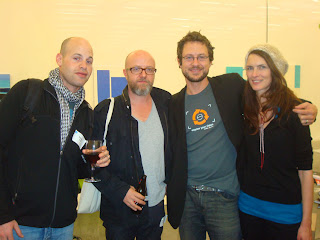 In the picture above you'll see (next to Andrew) Michael Costuros, the developer (and his better half,Kim Iglinsky) behind livebooks.com , the company that
enables you to create your own customized website (both Andrew's and my own website are through livebooks, as well as (allow me to drop another name here) Richard Avedon's website. 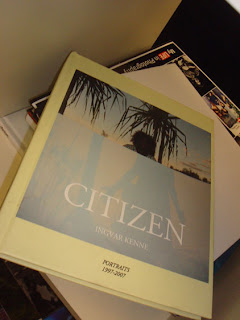 One of the books that I liked at the event (published via blurb.com was titled Citizen" (see photo), by Ingvar Kenne who devides his time between NY and Sydney, Australia. 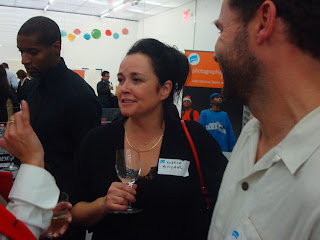 In the picture above you can see Ingvar (actually, his ear and beard) next to the photo agent Kristina Snyder.
Posted by fuchsworld at 8:28 PM No comments: 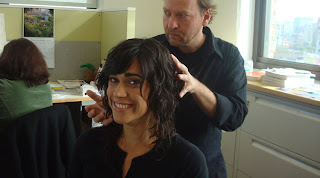 Here's a picture of me from yesterday, (pretending) to put final touches in the hair of Megan Nicolay,
before the cover shoot of her upcoming second book.
She is the (brilliant) author of the successful book "Generation T; 108 ways to transform a T-shirt" .
Her new book will have much more surprises...Stay tune !
Posted by fuchsworld at 7:58 PM No comments:

Advice: Ask your parents to pay your rent

My advice today to my studio manager, on the way to the photoshoot.
Posted by fuchsworld at 5:17 PM No comments: 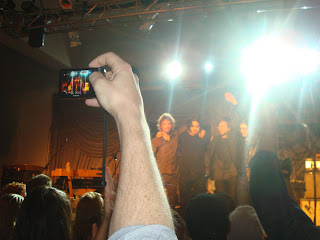 I was very pleased last Thursday to find out that the band that was playing at the corporate party I stumbled upon was "The Raconteurs"
See a tiny clip from that event, of the band performing the song: "Steady, As She Goes."
Jack White, the lead singer is also in the band "The White Stripes"
Posted by fuchsworld at 6:22 PM No comments:

Florida, it's up to you now 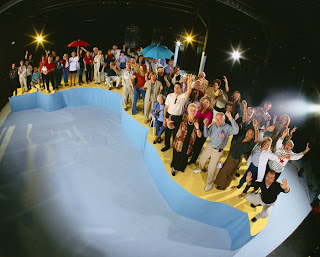 ©photo by Rafael Fuchs
Check out this installation I did in Florida a while ago...but, somehow, it seems relevant.
Posted by fuchsworld at 7:41 PM No comments: 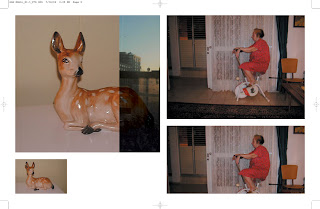 Yom kippur brings memories.
Shana Tova to all !!!
Posted by fuchsworld at 10:20 PM No comments: