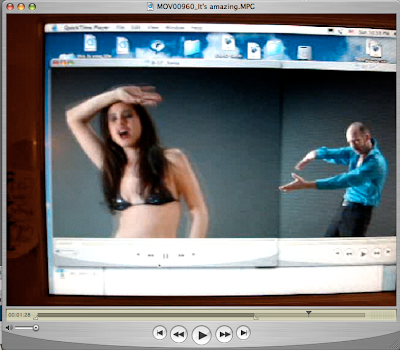 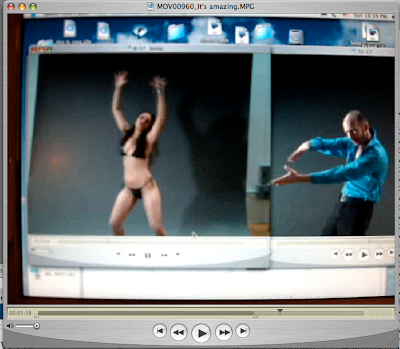 Hello World,
Yes, indeed,
It is 2008!!!
And we got so much to do.
So, it was really great to start , actually, editing today the video titled "It's Amazing"
This would be a short video (about 4 minutes), and later on would be a longer video installation in a show I'll have in late Spring of 08 (details will be announced).
It's started in a video casting I did for an ad campaign I shot (stills) for Top-Flite earlier in 07...and this video is taking a surprising direction...
Hopefully you'll be amazed.
See above just a couple "sketches"of images...
(Part of it wil be a split screen).
Posted by fuchsworld at 8:15 PM