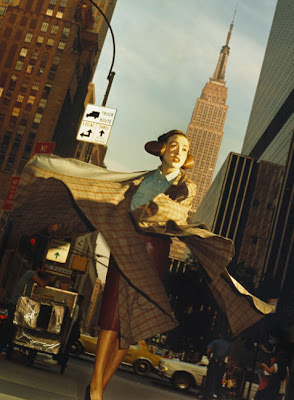 This is a photograph I took in the late 80's in NYC , (I moved to NY in 1985)
The designer and stylist is Andre Walker, who just came into the NY scene from London.
He is genius. Really ! (although, "genius" is a common word in the fashion jargon).
I just bumped into him a few month ago, in the Summer of 2007 (after not seeing him for about 15 years), and it was a celebration!
We collaborated, again, and I shot the cover image of his upcoming magazine called "Tiwimuta".
Posted by fuchsworld at 11:26 PM