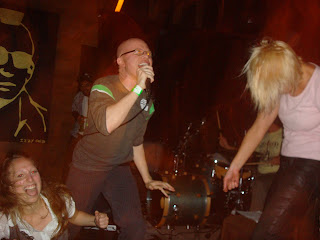 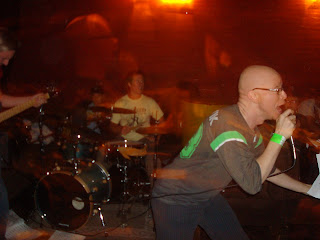 Victor Varnado is one of the best comedians in the country.
He is a black albino, or "best albino", as his website states.
One of his quotes is: "Yes, I am a black albino, ladies ! You know what I'm talking about....All the benefits of being black , without the disappointing looks of your parents"
We met in 2007 when I took nude portraits of him for the cover of The Village Voice.
You can see it also on my website, at the chapter "rare", in the comissioned work group.

I went last week to a live taping of a comedy show that he a put together as a part of his upcoming feature movie "The Awkwards Kings Of Comedy".It was hillarious !!!

See a couple of pictures above of him (and fans) at the after party , singing to a live kareoke band.
Posted by fuchsworld at 10:01 AM