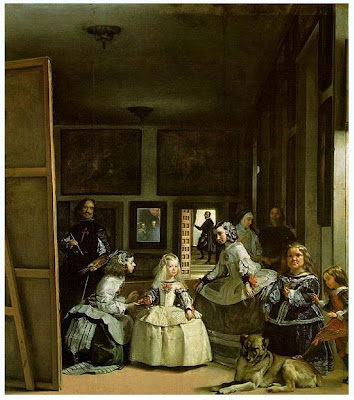 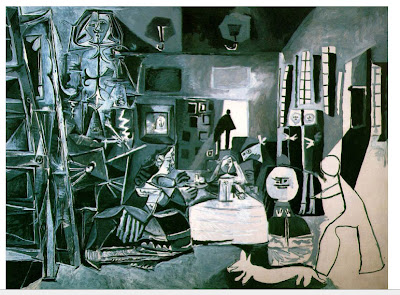 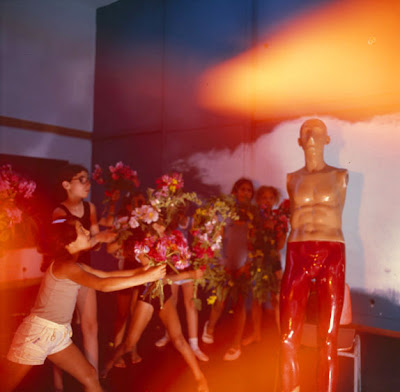 This a selp-portrait I did while being a student .
I used the menniquen as a stand-in, and it also interprets my concept of an artist being a non-human, passive, voyer, observer, non-participant in the organic course of life(even amputated), but still, get honors (flowers) for his contribution.
I was attending a class, at the time,about Picasso (led by the curator Moti Omer), and was inspired by the version of Picasso to the painting "Las Manitas" ( English: The Maids of Honour) of , originally, Velasquez.(1656)
In his version, Picasso enlarges and enhances the figure on the left, who is the artist himself.It's obvious, that it gives the artist a more significant role than the Royal daughter herself, who is "supposed" to be the subject of the painting.
Posted by fuchsworld at 11:24 PM